Below you can find a list with the best artificial intelligence science fiction books. I personally love the questions sci-fi books with AI usually raise. They often examine what it means to be human: what if a machine could think and feel just like we can? Are they human? Or are they lesser?

On top of that, these AI books often have thrilling stories with crimes, wars, or the AI taking over.

Ever wondered: what books should I read for AI?

Just check out the list of the best AI sci-fi novels below! 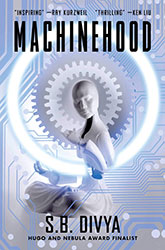 A sci-fi thriller where humanity is entirely dependent on pills that not only help them stay alive, but allow them to compete with artificial intelligence in an increasingly competitive gig economy.

Welga Ramirez, executive bodyguard and ex-special forces. She’s about to retire early when her client is killed in front of her. Killed by The Machinehood, a new and mysterious terrorist group that has simultaneously attacked several major pill funders. They issue an ultimatum: stop all pill production in one week.

A thought-provoking novel that asks: if we won’t see machines as human, will we instead see humans as machines?

The Mother Code by Carole Stivers 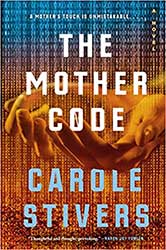 An amazing sci-fi book with AI, questioning what it means to be human–and a mother.

When a deadly non-viral agent intended for biowarfare spreads out of control, scientists must scramble to ensure the survival of the human race. They turn to their last resort, a plan to place genetically engineered children inside the cocoons of large-scale robots–to be incubated, birthed, and raised by machines with an intelligence programmed into them that renders each unique in its own right–the Mother Code.

Kai is born in America’s desert southwest, his only companion his robot Mother, Rho-Z. As children like Kai come of age, their Mothers transform too–in ways that were never predicted. When government survivors decide that the Mothers must be destroyed, Kai must make a choice. Will he break the bond he shares with Rho-Z? Or will he fight to save the only parent he has ever known? 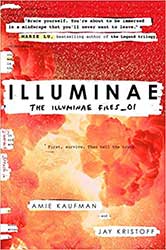 An intriguing sci-fi novel with AI, technology, romance, and suspense.

This morning, Kady thought breaking up with Ezra was the hardest thing she’d have to do. This afternoon, her planet was invaded. Two rival mega-corporations are at war over a planet that’s little more than a speck at the edge of the universe. Now with enemy fire raining down on them, Kady and Ezra—who are barely even talking to each other—are forced to evacuate with a hostile warship in hot pursuit.

But their problems are just getting started. A plague has broken out and is mutating with terrifying results; the fleet’s AI may actually be their enemy; and nobody in charge will say what’s really going on. As Kady hacks into a web of data to find the truth, it’s clear the only person who can help her is the ex-boyfriend she swore she’d never speak to again.

Scythe (Arc of a Scythe #1) by Neal Shusterman 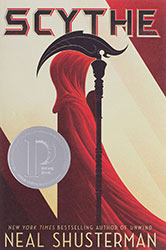 One of the best Artificial Intelligence Science Fiction books, where an AI actually created a Utopian world.

A world with no hunger, no disease, no war, no misery. Humanity has conquered all those things, and has even conquered death. All thanks to the intelligence governing the world. Now scythes are the only ones who can end life—and they are commanded to do so, in order to keep the size of the population under control.

Citra and Rowan are chosen to apprentice to a scythe—a role that neither wants. These teens must master the “art” of taking life, knowing that the consequence of failure could mean losing their own.

The Murderbot Diaries by Martha Wells 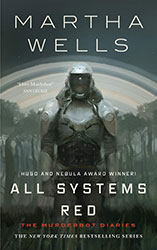 In a corporate-dominated spacefaring future, planetary missions must be approved and supplied by the Company. Exploratory teams are accompanied by Company-supplied security androids, for their own safety. On one planet, a team of scientists is conducting surface tests, shadowed by their Company-supplied ‘droid—a self-aware SecUnit that refers to itself (though never out loud) as “Murderbot.” When a neighboring mission goes dark, it’s up to the scientists and their Murderbot to get to the truth.

The Kingdom by Jess Rothenberg 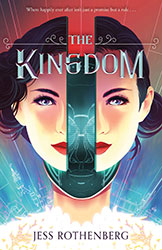 An artificial intelligence science fiction book with the Disney World of the future.

The Kingdom is an immersive fantasy theme park where guests soar on virtual dragons, castles loom like giants, and bioengineered species–formerly extinct–roam free. Ana is one of seven Fantasists, beautiful “princesses” engineered to make dreams come true. When she meets park employee Owen, Ana begins to experience emotions beyond her programming including, for the first time, love.

The fairytale becomes a nightmare when Ana is accused of murdering Owen. Through courtroom testimony, interviews, and Ana’s memories of Owen, emerges a tale of love, lies, and cruelty—and what it truly means to be human.

The Night Sessions by Ken Macleod 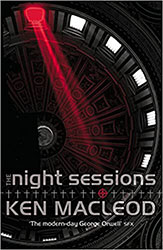 An interesting take on religion in this sci-fi book, complete with robots, AI, and a crime to solve.

The first Enlightenment separated church from state. Now the second Enlightenment has separated religion from politics. In this enlightened age, there’s no persecution. However, the millions who still believe and worship are a marginal and mistrusted minority. This becomes clear when Investigator Adam Ferguson and his partner, the tripod-robot Skulk, have to investigate the mail-bombing of a Catholic priest.

We are Legion by Dennis E. Taylor 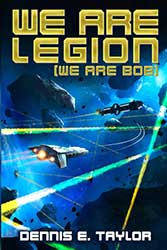 What if you become the AI?

In this Artificial Intelligence science fiction book, Bob Johansson has just sold his software company and is looking forward to a life of leisure. There are places to go, books to read, and movies to watch. So it’s a little unfair when he gets himself killed crossing the street.

Bob wakes up a century later to find that corpsicles have been declared to be without rights, and he is now the property of the state. He has been uploaded into computer hardware and is slated to be the controlling AI in an interstellar probe looking for habitable planets. If he declines the honor, he’ll be switched off, and they’ll try again with someone else. If he accepts, he becomes a prime target. There are at least three other countries trying to get their own probes launched first, and they play dirty.

A sci-fi thriller where the AI unleashes horrors.

Matthew Sobol was a legendary computer game designer—the architect behind half-a-dozen popular online games. When his obituary is posted online, a previously dormant daemon activates, initiating a chain of events intended to unravel the fabric of the hyper-efficient, interconnected world. With Sobol’s secrets buried along with him, and as new layers of his daemon are unleashed at every turn, it’s up to an unlikely alliance to decipher his intricate plans and wrest the world from the grasp of a nameless, faceless enemy.

I hope you found a thrilling sci-fi book with AI on the list.

If you have any you’d like to add, feel free to let me know!

Have you read any of the best artificial intelligence science fiction books above? What did you think?

Other book lists to browse

PrevPreviousThe Difference Between an Antagonist and a Villain
NextCapitalization of fantasy and sci-fi races: when you do or don’t use a capital letterNext