Castle of Wizardry is the fourth book in the Belgariad series, meaning that the saga is almost complete. This book is more mellow than the previous ones, mostly focused on fulfilling the prophecy (finally!) and Garion trying to fit in his role in Riva. But there’s still one more part of the prophecy that needs to be fulfilled…

If you want to get the full scope, go ahead and read my review for Castle of Wizardry by David Eddings. Otherwise, you can also jump to the conclusion.

Note: this should go without saying, but the review possibly contains spoilers about the previous books. Click here for the reviews of Pawn of Prophecy (#1), Queen of Sorcery (#2), and Magician’s Gambit (#3).

As Garion and his friends succeeded in retrieving the Orb, they need to flee the temple before it collapses. Oh, and of course, bring back the Marag woman they came across on the way to the Orb. All important for the prophecy.

Belgarath is pretty down from his fight with Ctuchik, where he pretty much used up all his powers, and Polgara needs to prevent the grolims from attacking Errand, the boy Zedar used to retrieve the Orb. So it’s up to Garion to make the decisions that will lead them back to the Ulgo cave to pick up Ce’Nedra. And then it’s off to Riva, where the King of Riva needs to touch the orb and put it back in the sword that still hangs in the Hall of Kings.

If you’ve read this far and know that this series follows pretty much all the tropes, it will come as no surprise that, of course, Garion is ‘the chosen one.’ So he’s now the new King of Riva.

As I said, the story in Castle of Wizardry is a bit slower, as most time is spent on the way to Riva and the event that unfolds in the castle itself, including Garion getting settled into his new role (which he doesn’t really like). And, of course, the fighting with Ce’Nedra, who at that point realizes she needs to marry Garion.

However, about halfway through the story, some new things happen, although it’s mostly about getting the characters ready for what needs to happen in the final book (somehow, that reminds me of season 7 of GoT?).

As is usual for Garion (or actually, Belgarion), he finds himself put into another role that he didn’t see coming. Now that he’s somewhat used to being a sorcerer, he suddenly finds himself to be King of Riva, Overlord of the West. The usual why me’s do appear on the page. And then there’s also the question of the next challenge: it means he needs to face Torak himself. How can he ever defeat a God?

We also get some more chapters from Ce’Nedra’s perspective, especially toward the end. I think she’s slowly growing more mature, though she’s still quite cunning and sometimes a bit too driven to get her way. Slow steps, I think.

A new addition to the group is the Marag woman called Taiba, who they saved from the slave pens at Rak Chtol. She enjoys debating with Relg, who naturally thinks everything she had to do while she was a slave was sinful. The conversations are quite amusing, but also sheds light on how blind, extremely devoted people can be to certain issues.

Lelldorin is back as well, fully healed, and now married to Ariana. He hasn’t changed much and still managed to get into heaps of trouble while he was away. I also liked Adara, Garian’s cousin. She’s a kind and strong woman and becomes good friends with Ce’Nedra.

The world keeps getting richer with each book. I actually quite loved the Rivan’s; they seem somber from the outside, but they are actually extremely creative on the inside. Kingdoms we haven’t read about yet also make an appearance this time, such as Drasnia and Gar og Nadrak. David Eddings continues to create new landscapes, customs, and races.

I’ll keep this short, as it’s similar to the previous books. The writing quality remains solid throughout the series. It’s easy to read and flows fluently. David Eddings manages to make you care about the characters, and he has great descriptions of the various landscapes and people the company encounters.

Castle of Wizardry is again a story that completely immersed me. The Belgariad is just such a fun series to read, and I’ve fallen in love with all the characters. While the book is a bit slower since most of it is centered around their journey to Riva and the whole coronation and setting up the engagement. However, it does pick up about halfway, and we’re again taken on a journey to different lands. So, if you’ve stuck with the series until now, you’re definitely also going to enjoy Castle of Wizardry. 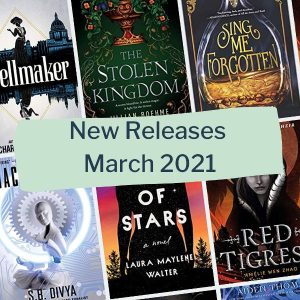 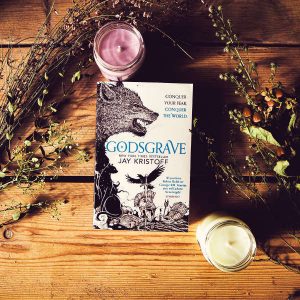